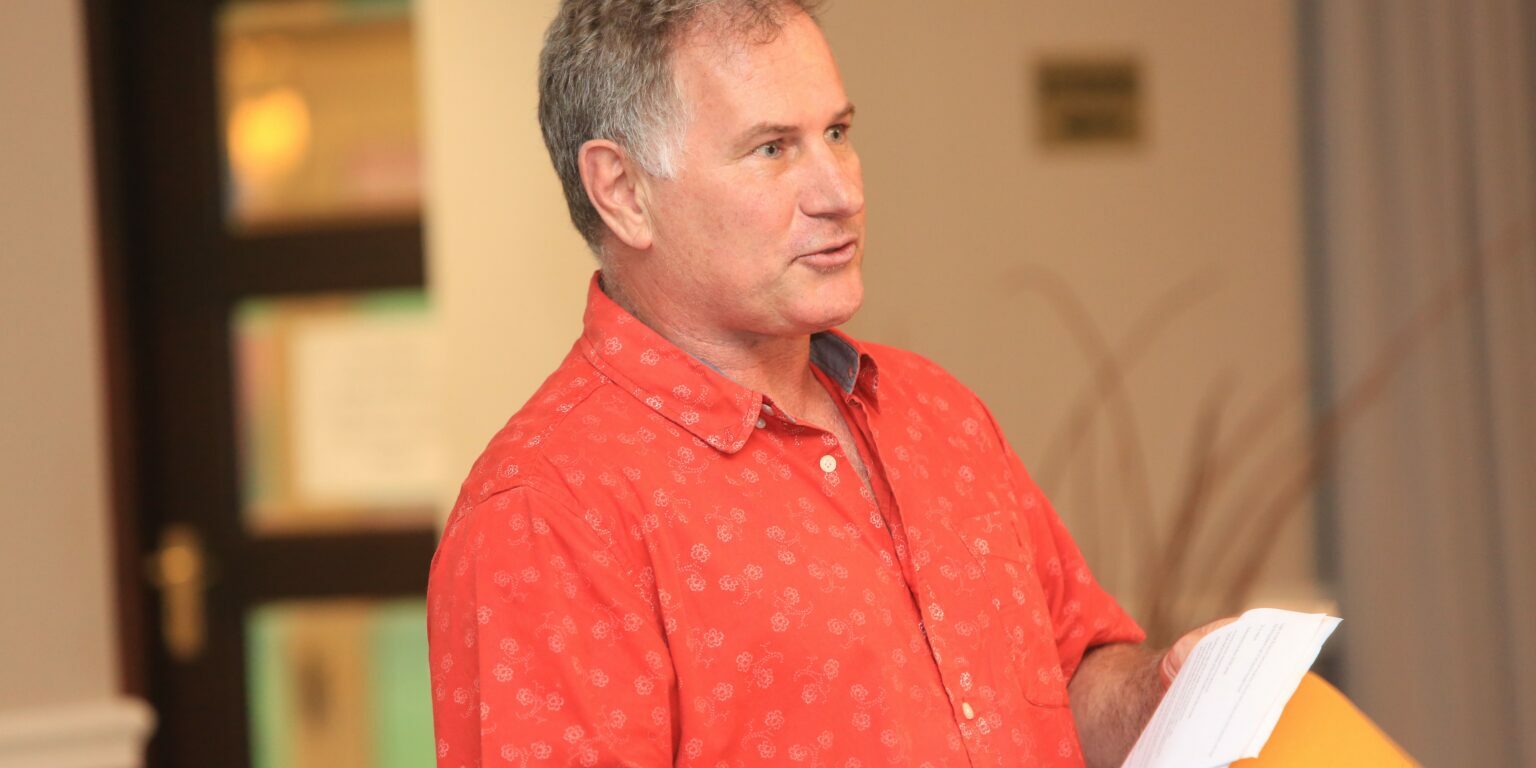 Local optometrist Dr Trevor Davies and former colleague Dr Jinjong Chung have launched a foundation in honour of their former business partner, close friend, and philanthropist Eiohn Hayes, who passed away in 2020 from cancer.

The Eiohn Hayes Foundation will strive to make eye care even more accessible to those in the region who cannot afford to pay. Dr Chung is its first big donor. Eiohn and Trevor studied together and built a friendship which later became a business partnership when the two started an optometry practice in Port Elizabeth. They ran it together for eight years before Eiohn and his wife Lynda, also an optometrist, moved to the UK. 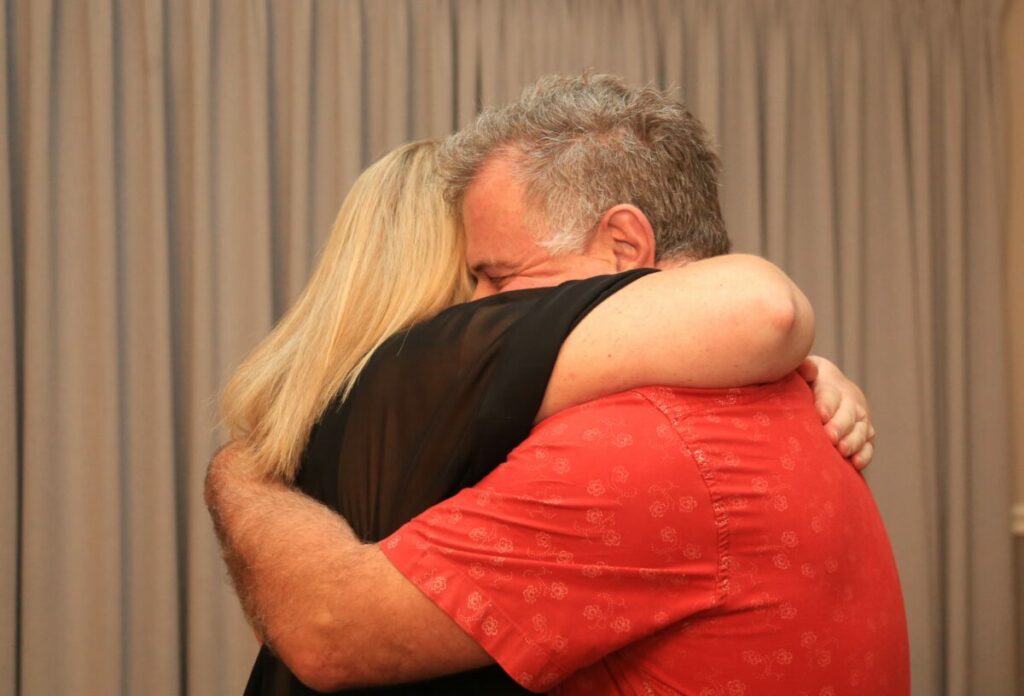 Dr Trevor Davies embraces Lynda Hayes, the widow of his friend Eiohn Hayes who passed away in 2020. The Eiohn Hayes Foundation was launched in his honour at a ceremony at Kingswood College on Monday. Photo: Jackie Clausen

At a ceremony at the Kingswood College Wyvern Club on Monday, Trevor described Eiohn as having a deep respect for people. “He treated every single person with love, kindness and respect,” Trevor said.

While in PE, Eiohn often volunteered at Livingstone Hospital and with disadvantaged communities, starting an eye clinic in Peddie and bringing eye care to those who needed it. He enjoyed working with babies and even implanting glass eyes. He was fluent in isiXhosa, which was a great advantage.

When he moved to the UK, he continued to help the community. He started doing domiciliary work with patients with disabilities, including learning disabilities and palliative care. 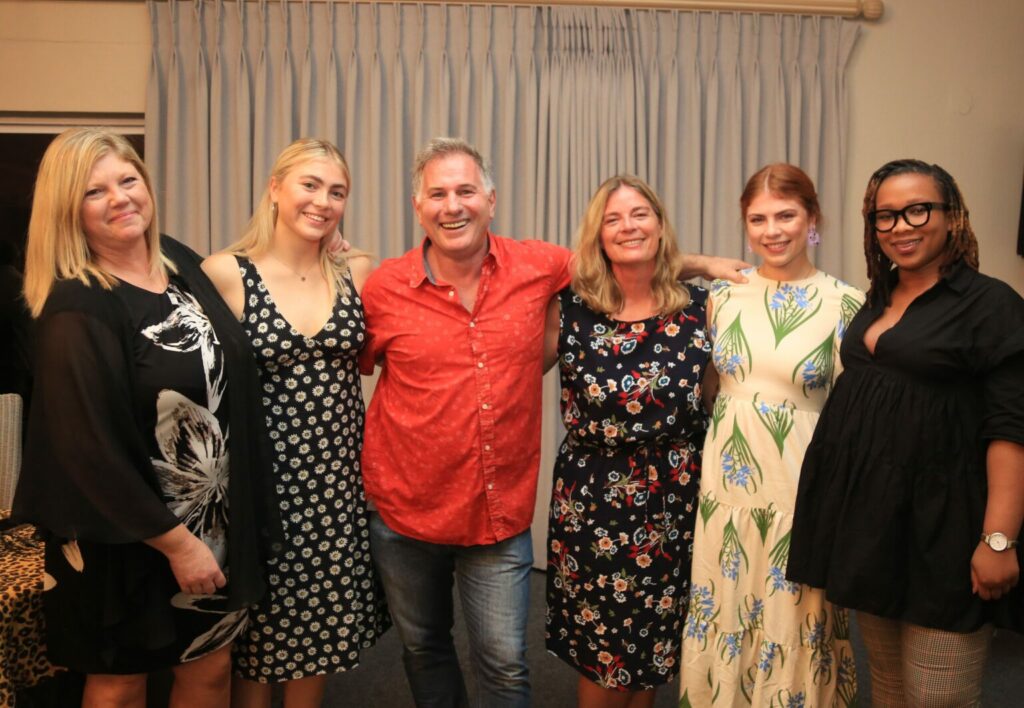 “He became well known amongst patients for his thorough testing, empathetic approach and charm,” his widow Lynda said at the ceremony. In the UK, Eiohn Hayes was a member of the local Optometrist Committee, helped with NHS negotiating and local optometric concerns, and was well liked by his patients and colleagues. Hayes passed away in 2020 at 54 after he was diagnosed with cancer in 2019.

Dr Trevor Davies continues to run an eye clinic from his Makhanda optometric practice, which he started in 1990. The clinic aims to bring affordable eye care to community members who cannot afford private health care and helps hundreds of people to see every year. The Eiohn Hayes Foundation will further boost affordable eye care in the region.

Click here to read the full story on Grocott’s Mail

Northern Cape Cricke...
Mark Charlton (OK 1999) has recently been appointed as Head Coach for the Northe...
Women’s Month Series...
August is Women's Month and what better way to truly celebrate it than by touchi...
Uyinene Mrwetyana In...
On Monday, 29 March 2021, Kingswood College hosted the inaugural Uyinene Mrwetya...
City Lords Astroturf...
Most people don’t know, but to retain its integrity, a hockey asto needs to be r...