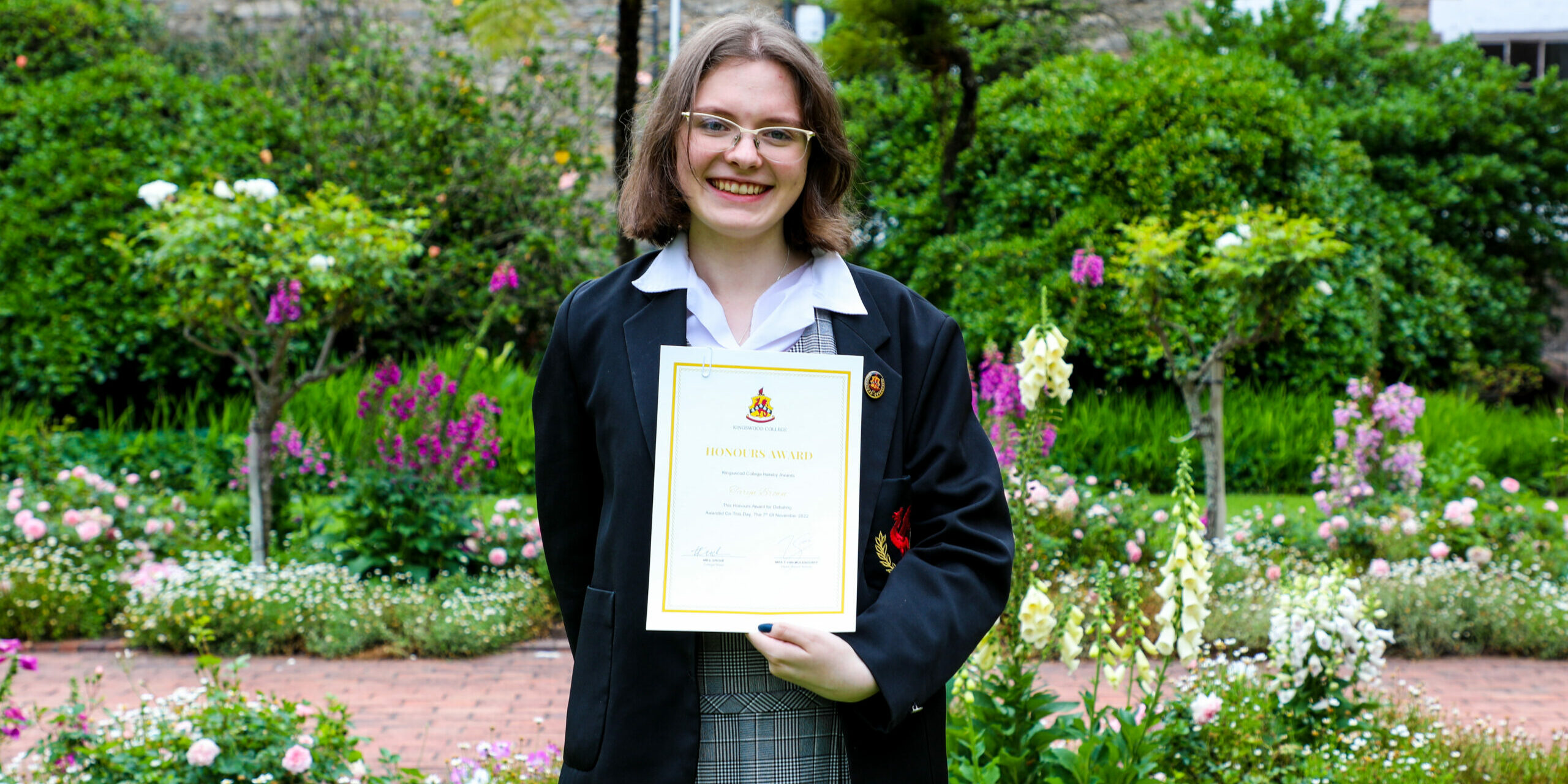 The prizes awarded at Awards Ceremonies that are held each term form part of the formal recognition of pupil achievement at Kingswood College. This award was awarded on the 7th of November 2022 at the Cultural Awards Ceremony and reflects achievements in the cultural spheres at the College.

Taryn Brown is the consummate debater – well-read, well-versed and witty. She has been an integral part of the Kingswood Debating Society since she first started in 2018 and was a part of the junior team that won the K-day debate against DSG in that year.

Her team repeated this feat in 2019, while also ranking second in the eRhini Debating League. Taryn was chosen as a junior to represent the league at the Eastern Cape Debating Board’s provincial tournament where her team went on to win the EP junior debating tournament.

In 2020, Taryn was selected as co-captain of the Kingswood Debating Society – a role she would go on to fulfill for two years. Despite the limitations that Covid-19 placed on debating, Taryn was selected to represent the Eastern Cape at the South African Schools Debating National Tournament where she ranked fifth among Eastern Cape debaters, and again participated in the Provincial tournament the following year.

During 2022, she took on a mentor role in the debating society: she worked on building and honing her skills as an adjudicator and could often be found helping her fellow debaters prepare their arguments. Her leadership skills have served both her and her peers well in the past three years and have earned the respect of both her peers and her teachers.

While Taryn has a long list of achievements, it is her creative flair and sharp mind that make her an excellent debater. Her commitment to the Kingswood Debating Society is commendable and her positive attitude has brightened many a difficult debate. It is with absolute pride, and recognition of the commitment she has shown, that Taryn is awarded honours for debating.

[VIDEO] 58th Chapel ...
[VIDEO] For this week’s #ThrowbackThursday we look back the laying of the foundi...
Junior school pupils...
While Makhanda may seem far from the lights of South Africa’s bigger cities, the...
#Wellnesswednesday: ...
Being consciously grateful requires practise and commitment. Check out our #Well...
Mini Maestro Digital...
Twenty-five pupils entered the Eastern Cape SASMT (South African Society of Musi...