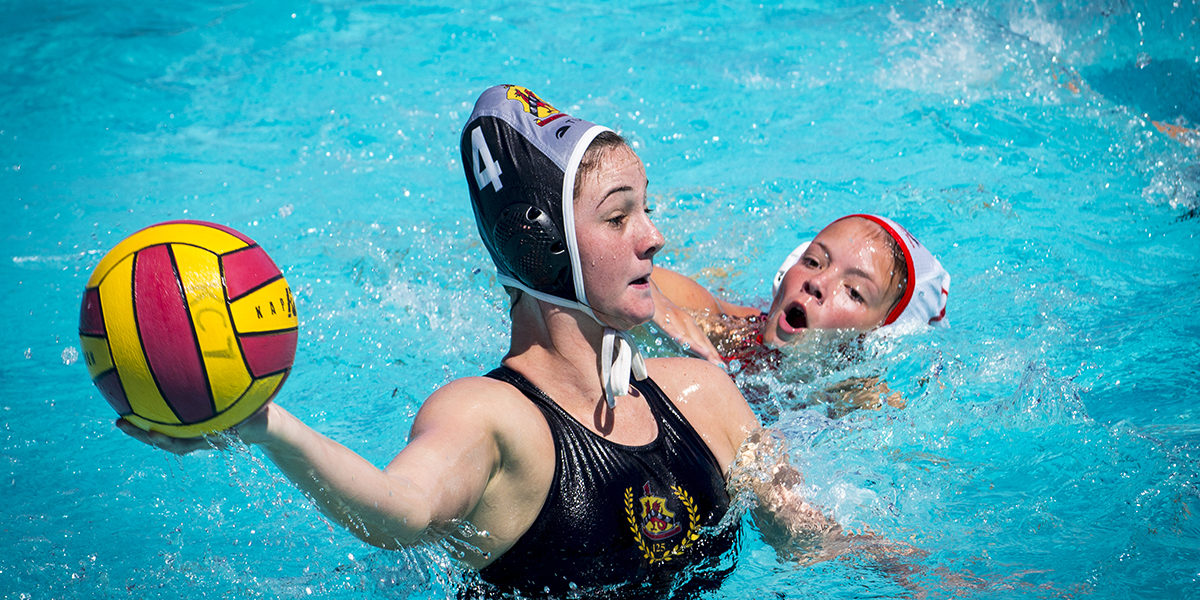 The annual Brian Baker Water Polo Tournament took place this past weekend at Kingswood College. It was a successful tournament which saw 16 teams from around the country competing for 1st place in a tournament format.

The Kingswood girls 1st team enjoyed a successful Brian Baker tournament. They played as a team and finished second in their pool after 3 solid performances. They managed to hold St Stithians, the eventual winners of the tournament, to a narrow 9-4 defeat and enjoyed a big win against Hudson Park (16-4). Kingswood drew to Collegiate in an exciting game where the girls put their hearts and souls into the performance.

Our first cross pool game, saw us meet DSG. Unfortunately we didn’t capitalise on our opportunities in the 3rd chukka, and they then ran away with a win (7-3).

The team enjoyed another big win against Oakhill College (13-1), where the juniors players got the bulk of the pool time, showing that they are developing their depth and that our structures are solid.

The team then went on to meet St Marys, Waverley. Our last two encounters against them resulted in a loss and a narrow win in a penalty shoot out. By this point of the tournament, our girls were exhausted from the long matches and extreme heat.

They managed to however lift themselves up and play a disciplined game of water polo that focused on defense. It left the opposition frustrated and resulted in a 5-2 win to Kingswood.

Our final match for 9th position was against Collegiate again. An exceptional team performance saw Kingswood defeat Collegiate in another exciting encounter by one goal.

Our first team players must be commended for their commitment, attitude and excellent performances throughout the tournament.

They have done themselves and Kingswood very proud.

Induction of new Col...
With the welcome rains and our return to the College campus, we look forward to ...
Kingswood 1st XI tak...
The Kingswood College 1st XI took on the St Andrew's College 1st XI last weekend...
Term 2 Sports Awards...
This morning our Sports Awards assembly took place. Congratulations to all pupi...
2021 Concert Band Le...
Last week Thursday our annual Music Dinner was held at the Wyvern. AT the dinner...