Celebrating the foundation of our great school…

Home > Celebrating the foundation of our great school…
Category: NEWSMarch 13, 2020 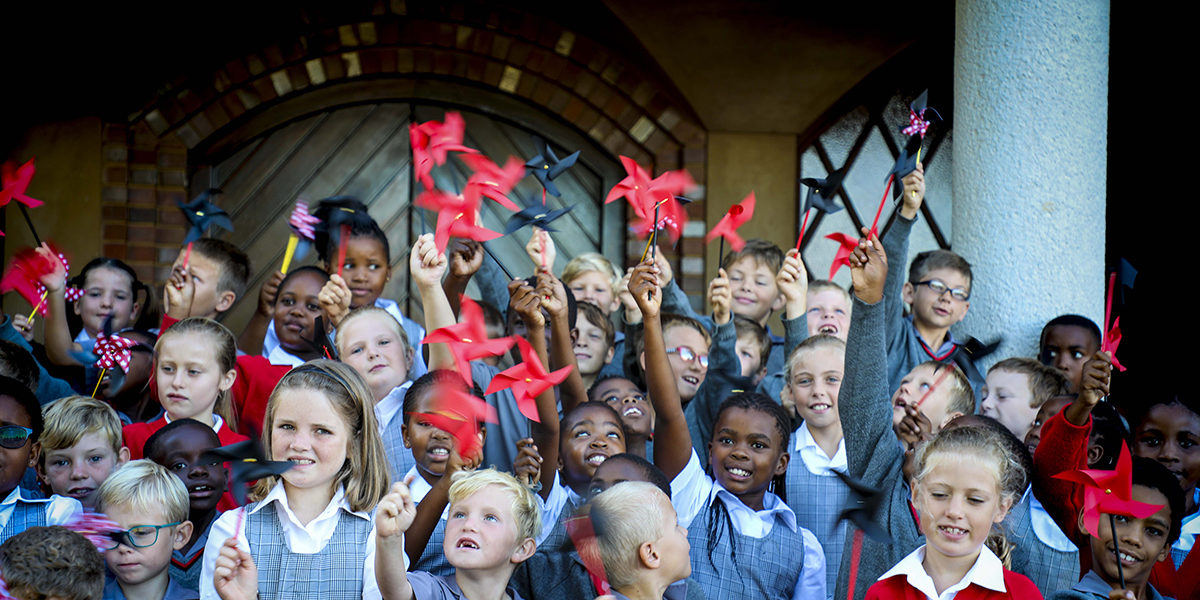 Over the years, hundreds of Kingswoodians have come together each year to celebrate the founding of our school and today was no exception.

The actual birthday of our school is tomorrow on the 14th of March, but we held our Foundation Day Chapel Service this morning.

Our preppies have in the past each symbolically placed a balloon at the front of the Chapel to mark the number of years the school has been around. After the conclusion of the service these balloons would be released outside.

This year, as we have decided to prioritize our commitment to the environment, we made pinwheels instead for our little Kingswoodians to hold as the exited the Chapel.

The sheer delight and happiness as the wind caught the pinwheels, reminded us how something so simple, can still bring so much joy and happiness to a child…

A brief history of our school

Kingswood College derives its name and ideals from an 18th-century college established by John Wesley (the founder of the Methodist Church) in Bristol, England in 1748 and is one of the oldest Methodist educational institutions in South Africa.

During the course of the late 1800s, several attempts were made to establish Methodist schools in the Grahamstown district, the Wesleyan High School for Girls being the most successful.

However, there was no equivalent school for boys. It was through the inspiration of four members of the Commemoration Methodist Church that the Wesleyan Collegiate School for Boys was established, which later became known as Kingswood College.

Kingswood College has been a co-educational school for more than 40 years, with girls first being welcomed to the school in 1973. This was not just a necessary step in affirming our commitment to diversity, social equity, and inclusion as a school, but it was the realisation of what Kingswood meant to its community: a family. Boys and girls made up that family.

While the school is founded on Methodist teachings, children from all other denominations are all welcome at Kingswood.

The Kingswood philosophy has always been, and remains; to provide a liberal education rooted in the Judaeo-Christian tradition, and that it should help to foster every pupil’s development – spiritual, moral, social, intellectual, cultural and physical.

The first 100 years of Kingswood College’s history is contained in a book called Still Upon a Frontier by former Kingswood Chaplain, Rev Howard Kirkby and his wife Joyce. It provides a detailed account of the events which helped shape Kingswood’s traditions and ethos.

Siya Nomoyi (Headgir...
"...From the day I arrived at Kingswood on the 11th of January 2015, my fa...
Academic Honours Cit...
To Qualify for Academic Honours, one must achieve a total of 580 marks (an 83% m...
Kingswood 1st XI Boy...
The atmosphere was set for a titanic battle last night. The Kingswood boys were ...
Opening of Hobson Ho...
“…Family gathers here…” On Tuesday evening, Kingswood College reached anothe...