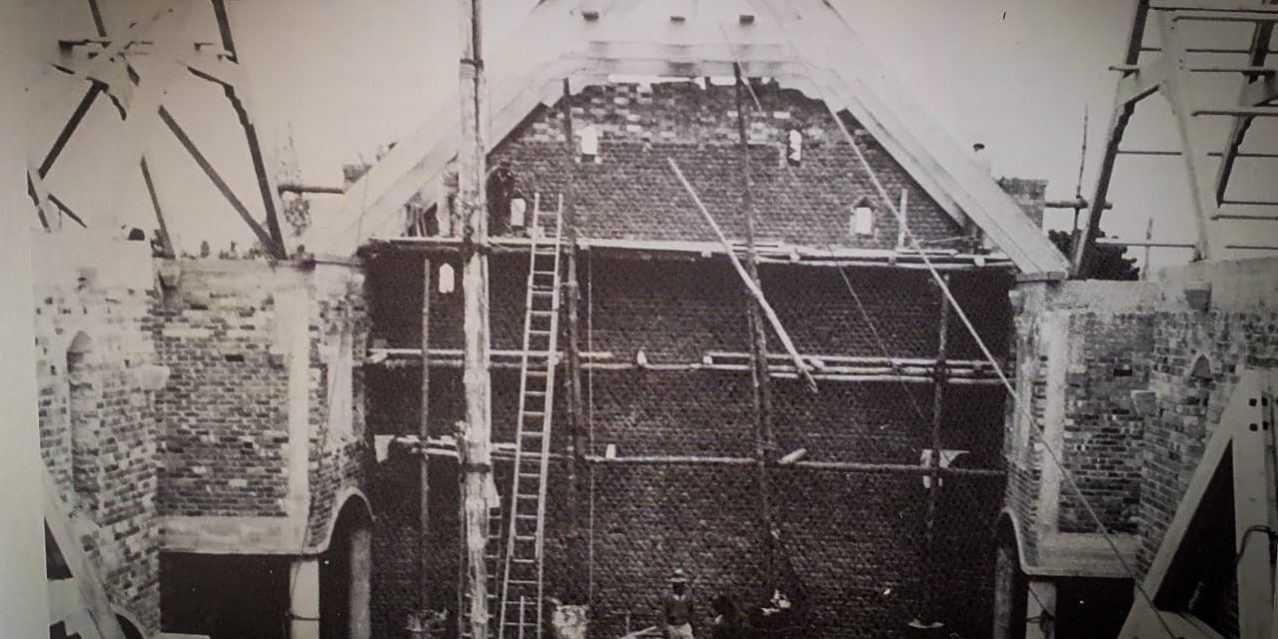 For this week’s #ThrowbackThursday we look back the laying of the founding stone of our Kingswood College Chapel. This weekend would have been our Chapel Anniversary Service and we thought it would be fitting to look back at this historical moment in our Kingswood history.
It was first suggested that Kingswood should have its own Chapel in 1903 at the first AGM of the Old Kingswoodian Club.

Due to financial constraints at the time and the onset of the depression, this idea was put on hold for a number of years. This strengthened our connection with Commemoration Church and this special relationship between Kingswood and Commem remains to this day.

In 1946, Mr Jack Slater proposed again that funds be raised to build a Memorial Chapel. At the same time a proposal was made to build a much needed modernized science block as well as more classrooms. Luckily both proposals found favour. The Memorial Chapel project was to be driven by the OK Club.

A site was quickly identified. However, a number of other issues, such as the size of the Chapel, the orientation of it and a number of other aspects needed to be ironed out. One non-negotiable, however, was that the relationship between Kingswood College and Commemoration Church would remain.

By 1960 the Chapel Fund had grown due to the great generosity of OKs. Plans were finally drawn up and approved and the dream of our very own Chapel started to become a reality.

During the six years that the Rev Frank Edmonds was Superintendent of the Grahamstown Circuit of the Methodist Church, he built up a really good relationship with Kingswood, so much so, that the OK Club insisted that one of the foundation stones of the Chapel should be laid by him. But things did not go according to plan – Rev Edmunds was appointed as President of the Methodist Conference in 1960, which meant that he would be leaving Grahamstown before the Chapel was built. This then created quite a unique situation – the plaques were laid on 12 March 1961 before building commenced – one by the Rev Edmunds and the other by the President of the OK Club, Douglas Dold.

The Chapel was officially opened in 1962 drawing some 2000 OKs, pupils and friends of the College to its opening.

Since that memorable day, our Chapel has remained the very heartbeat of Kingswood.

The Kingswood Chapel is more than just a building.

More than the bricks and mortar that were used to build it.

It reflects a sense of belonging and of what it means to be a Kingswoodian.

Junior School Founda...
Laughter and shrieks of excitement rang out across City Lords yesterday afterno...
Executive Chef Kerry...
When looking for a good meal in Cape Town you need look no further than Steensbe...
Dr Geoffrey de Jager...
We had the privilege of having Dr Geoffrey de Jager as our second speaker for o...
Dads & Daughters Wee...
Our second Dads and Daughters Camp took place two weekends ago. The purpose of t...