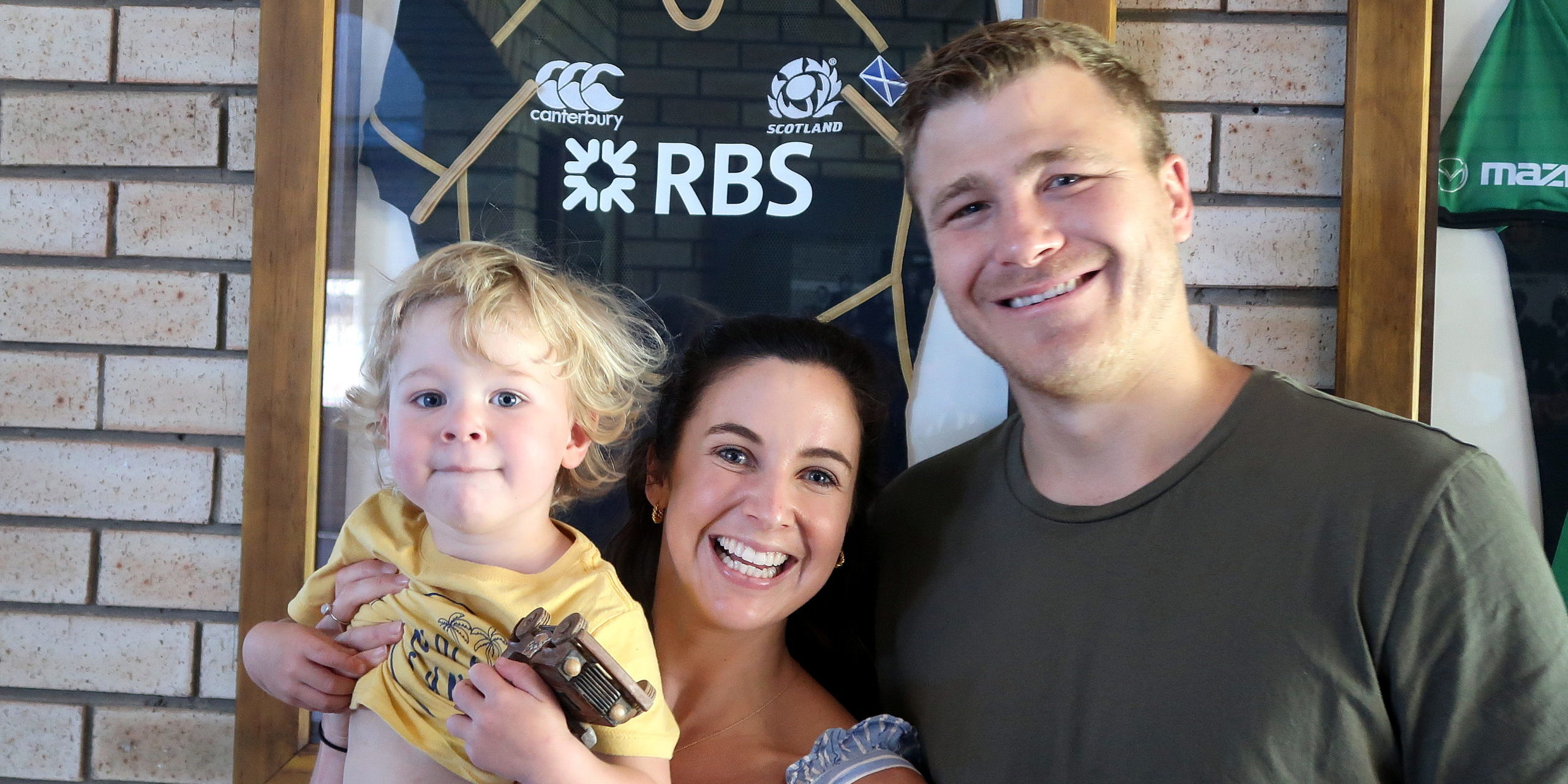 David Denton (OK 2008) retired from rugby in September 2019 after almost 14 months on the side-lines dealing with debilitating concussions. Today he is positive about the future and appreciative of the support he received at Leicester Tigers. For the year leading up to the big decision, he had gone to bed every night with a headache. As the days went on he would get worse and it exacted a psychological toll – “The idea of getting back on the field was weighing me down,” he says.

He made his Scotland debut off the bench in the Rugby World Cup warm-up Test match against Ireland in August 2011 – becoming his country’s 1023rd international player – and was named RBS Man of the Match in his first experience of the 6 Nations Championship, the Calcutta Cup loss at BT Murrayfield in February 2012.

The performance underlined his candidacy for a regular starting test place in the tournament. Injury disrupted David’s attempts to recapture the form that earned him his starting spots, before he returned to his best in 2015, starting nine test matches that year, four of which came in the Rugby World Cup 2015, where Scotland came agonisingly close to eclipsing Australia in the quarter-final at Twickenham.

David won 42 caps for Scotland, making 28 starts. His last cap was in the 44-15 win against Argentina on the 2018 summer tour in Resistencia. During his international career he enjoyed victories over Ireland, Italy, Japan, Samoa, France, England, Canada and Argentina. He played his club rugby with Edinburgh Rugby (2010-2015) making 78 appearances; Bath Rugby (2015-17); Worcester Warriors (2017-18); and Leicester Tigers (2018).

Earlier he had attended Kingswood College in Grahamstown, South Africa before moving to Scotland to study Economics at Edinburgh University.

He represented Eastern Province in South Africa and was selected for the 2010 Scotland under-20 6 Nations squad and started in every match.

David earned a professional contract for Edinburgh Rugby in the early summer of 2010 before starting all of IRB Junior World Championship matches in Argentina (though shifted from his regular back-row position to lock for the final two matches).

He played at the outset of the 2010/11 season in Premier 1/A for Edinburgh Accies before making his Scotland A debut as a replacement in the 25-0 win over USA Eagles in November 2010.

He was then selected for the 2010/11 Scotland 7s squad for the opening Dubai and George tournaments, where he helped Scotland lift the Bowl in the 2010/11 Emirates Airline South Africa 7s – and later on the HSBC 7s World Series in Las Vegas.

Asked about his rugby highlight, David unhesitatingly picked his first start for Scotland against England at BT Murrayfield in 2012. Even in a 6-13 defeat, David, 6ft 5ins and just shy of 18st, all power and bristling aggression, was named man of the match.

“It was a real watershed moment for me. It was the culmination of everything I had been striving for since I was a kid. It set me up for the rest of my career. My reputation, my name, was built around that game. Maybe it was my age, but I was so blindly confident in my own ability at that time. I spent a good part of my career trying to find that state of mind again,” he explained.

He bears no ill-will to the game of rugby.

“Concussion is obviously a contentious issue at the moment,” he said. “Personally, I think World Rugby is doing as much as it can to try and limit the number of incidents.”

Athi Galada (OK 2018...
Athi Galada (OK 2018) has recently been selected to represent the South Africa U...
Steve Gardner honour...
Steve Gardner retired from the Kingswood staff at the end of 2020 having served ...
Women’s Month Series...
KC Women's Month Series: “…as much as you can plan your life and have various c...
Brian Stocks (OK 196...
On Friday Brian Stocks (OK 1965) presented a Centenary 1st XV rugby jersey to th...