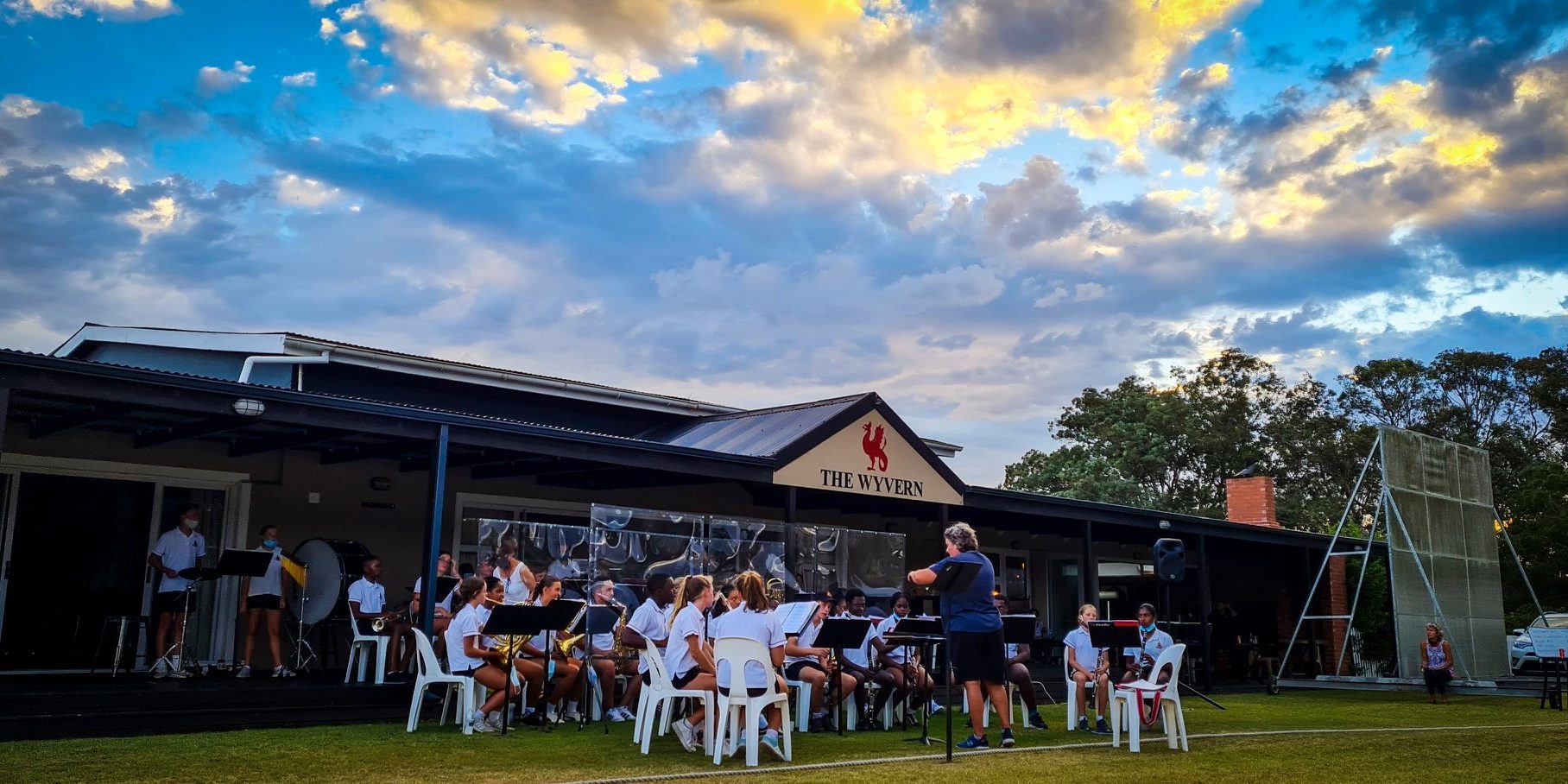 The Summer Sunset Concert on Lords on Saturday afternoon was by all accounts a great success! The participants, all 110 of them, enjoyed providing the music. The programme included the String Ensemble, First Band, Concert Band, Saxonettes and six Marimba Groups. It was all about giving everyone an opportunity to perform after such a long time.

Much positive feedback was received from many who attended the occasion. The audience put words into action by donating generously when the ensemble leaders went around with baskets at the end of the concert.

This resulted in R9025 being raised for Grahamstown and Sunshine Coast Hospice.

The Music School began its affiliation with Hospice way back in 2007, when the Concert Band played in the Mimosa Mall in Bloemfontein for Naledi Hospice. We started small with R340 being collected on that occasion!

Twelve local Hospice concerts later as well as a few down in Port Alfred and the total figure raised for Hospice now stands at R189 305. Thank you to all who have supported our events over these years!

A special mention for the First Band

There was a wonderful vibe and great excitement amongst the First Band members leading up to the Summer Sunset Concert on Lords on Saturday.

63% of the Band members (seventeen out of the twenty-seven pupils) were performing in a concert for the very first time! It must also be said that, due to covid-19 and all the respective lockdown rules, all members hadn’t performed as a Band for exactly 365 days, since 13 March 2020 when the last Hospice Concert was held. So it was rather fitting that on a hot Saturday afternoon, the First Band was included in the concert programme.

The Band played three pieces from the Wyvern deck, to the delight of the audience who clearly enjoyed the music from the City Lords field. Well done to these First Band ‘newbies’:

All pupils are in photo except for Thabo and Rickus who were absent on the day the photograph was taken. A first of many performances, we trust!

Honours for Water Po...
Isabella (Izzy) de Bruyn gets Honours Awards for Water Polo. The prizes awarded ...
Unknown, but excitin...
We have taken the advice and recommendation from ISASA to continue with e-learni...
Ash Wednesday 2022
Today is Ash Wednesday, the start of Lent. It is a 40 day period before Easter w...
Mr Temba Bungane att...
Mr Temba Bungane, a teacher assistant at Kingswood College was named earlier thi...