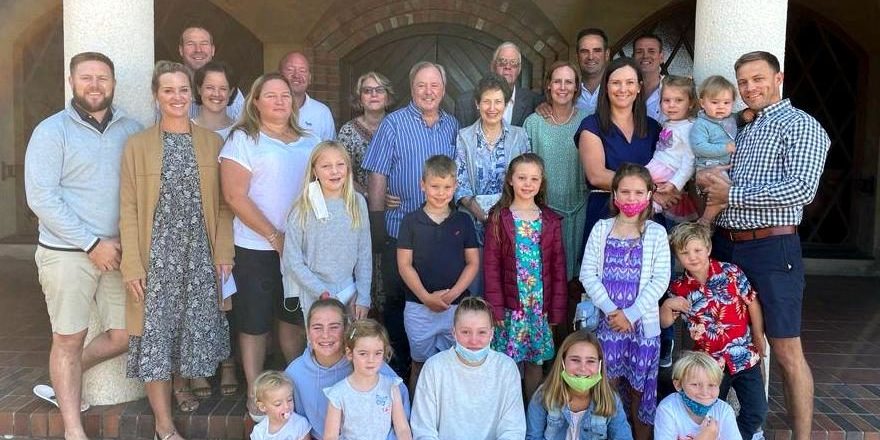 Many generations of the Davies and Hall families gathered at the Kingswood Chapel on 18 April to celebrate the baptism of Liam Hall, son of Megan (nee Davies OK 2001) and Richard Hall (OK 2000).

Kingswood College chaplain, Rev Tim Marshall, ran proceedings in the Chapel after which the families moved up to the Wyvern Club for refreshments. What a proud Kingswood day this must have been for Anthony (OK 1967) and Louise Davies as well as Ken (OK 1968) and Cindy Hall to have their children and grandchildren (3 generations) on the Kingswood campus.

Thirteen grandchildren were present, some already at Kingswood and no doubt many more to come!

Kingswood’s golden thread is certainly epitomised by the support of these two families. Add to this the fact that Carissa Wilson (nee Davies OK 1995) is currently the Deputy Head of KC Junior certainly goes to show that the blood of these families is Kingswood red.

Northern Cape Cricke...
Mark Charlton (OK 1999) has recently been appointed as Head Coach for the Northe...
Dr Rob Skelton recei...
In March this year Old Kingswoodian Rob Skelton from the Class of 2003 who is a ...
2021 Neil Aggett Mem...
On Thursday morning, 18 March 2021, the annual Neil Aggett Memorial Lecture was ...
Allan Keartland (OK ...
Allan Keartland (OK 1950) visited Kingswood during the recently held parents’ we...