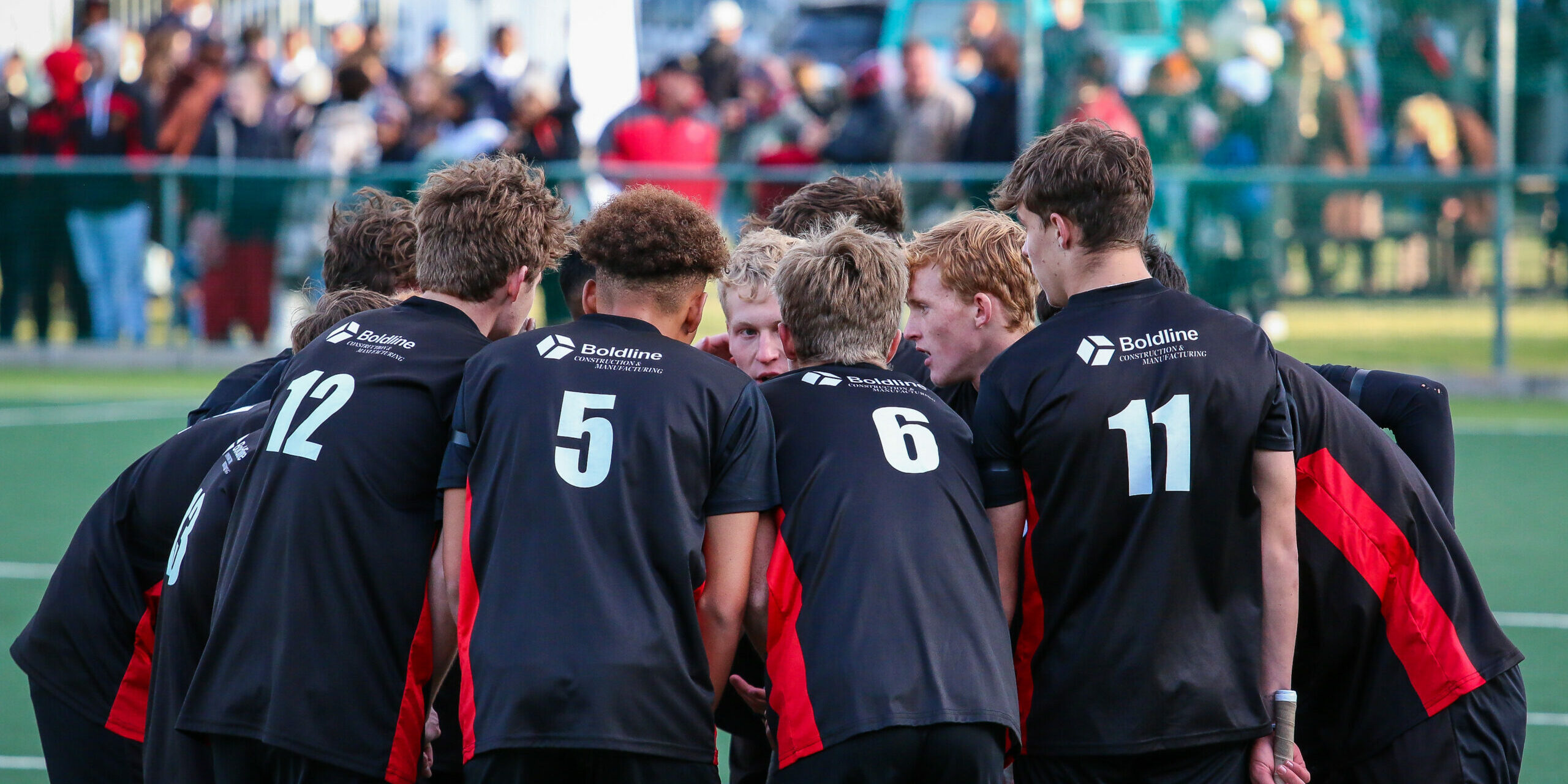 The atmosphere was set for a titanic battle last night.

The Kingswood boys were ready for the battle and their focus set on one goal. The game started off with a bang as we put pressure on the St Andrew’s keeper with three goal-scoring opportunities.

The game began to take shape and the second chukka came alive with Kingswood making most of the play but unfortunately unable to come away with a goal as we went into the half-time break.

The game was electric as we went into the break, hitting the post twice in the first half. Second half was always going to prove to be the decider. Kingswood struck the back of the goal to take the lead and the crowd had something to cheer for on the bitterly cold evening.

Unfortunately, a slight error allowed St Andrew’s back into the game with a goal of their own. The Kingswood boys did not allow this to get them down as they carried on creating threats on the St Andrew’s goal by hitting the goals upright twice.

The game heated up with a couple of cards been dealt out and both teams had to adapt their structures. The game ended in a draw with Kingswood hitting the post once again in the last 3 minutes of the game.

We are extremely proud of the Kingswood 1st XI Boys.

This team truly shows what it means to be united on the field. They are fearless and they have installed a, ‘Never give up!’ attitude.

Junior school pupils...
While Makhanda may seem far from the lights of South Africa’s bigger cities, the...
Giving the gift of r...
As part of our 125 days of doing something differently, we had our "Donate a Bo...
[POSTPONED] 1st Girl...
Kingswood College looks forward to hosting the 1st Girls Water Polo Festival fro...
Heralding in the New...
On this first day of 2022, we wish each and every Kingswoodian, past, and presen...