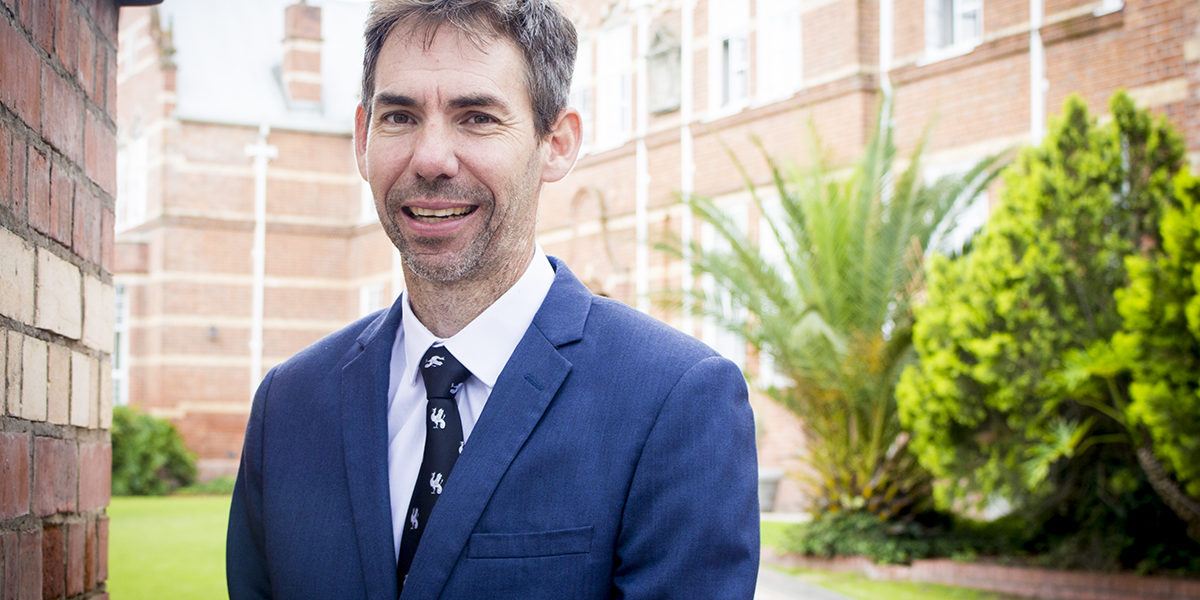 This year we welcome Mr David Wright to our Kingswood family as Head of the Kingswood College Senior School.

After having taught at Millfield School in Somerset, England, he joined the Diocesan School for Girls in Grahamstown where he gained considerable experience as Head of the Life Orientation Department, Head of the Geography Department and as Director of Sport.

In 2010 he was promoted to the position of Senior Deputy Head: Operations and Pupil Affairs, at the DSG.

David proudly affirms that his passion for teaching was ignited when, in 1999, he was employed as a student assistant at Kingswood College. “In many ways, this position is like coming home for me. I am excited about the opportunity to bring my own experiences and training and to make Kingswood an even better place than it already is.”

He is a firm believer in a holistic education that focuses on growing individuals that will leave school equipped and ready to make a positive difference in our society. David asserts that “Kingswood fully endorses these beliefs, and coupled with the positive psychology input, I believe I have found a space that will marry well with my own personal philosophies.”

David is married to Jessie, who is also a teacher at Kingswood College and they have two sons, Cooper, born in 2017 and Kei, born at the end of 2019.

In his spare time, he enjoys the outdoors, camping and mountain biking.

We wish David all the best in his new role as head of the Senior School and look forward to watching him take on this new position.

Junior School Sports...
On Thursday our athletes took centre stage at our annual Junior School Sports Da...
1st XI do well at In...
The Kingswood 1st XI recently returned from a successful Independent Schools Cri...
#ThrowbackThursday: ...
For this week’s #ThrowbackThursday we look back at some of images that have defi...
Term 2 Sports Awards...
This morning our Sports Awards assembly took place. Congratulations to all pupi...