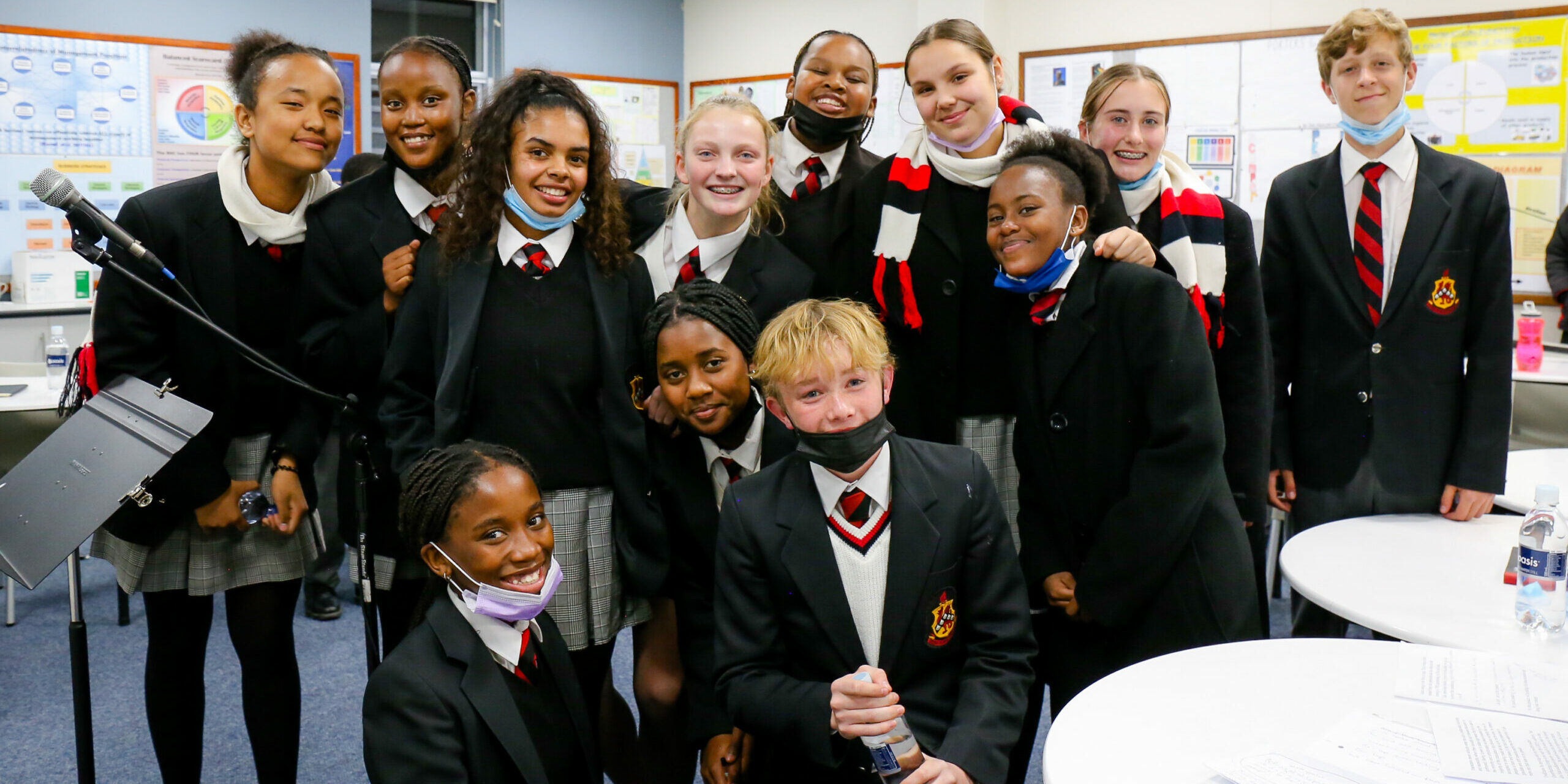 The Kingswood Debating Teams engaged in an epic K-Day Debate on Tuesday evening.

We faced teams from both St Andrew’s and DSG, and held our own admirably.

The Junior teams debated on the use of queerbaiting in popular media, with Junior 1 triumphing over the St Andrews team and Junior 2 being bested by DSG’s junior team.

During the Senior debates on the queer community’s transition from protest to Pride, Senior 1 once again emerged as the winners against St Andrews.

Our Senior 2 team, unfortunately, had to concede a win to the DSG senior team.

We heard some very strong speeches on the evening and the Kingswood teams have proven that they are a force to be reckoned with.

Well done to all of the debaters!

OK Kingswoodian Tie ...
This morning a new chapter began...our Matric class of 2020 were given their Old...
Community Engagement...
The second term kicked off with a workshop for all College staff, organised by m...
First Term welcome f...
Welcome to the first term of 2021. Even though we were hoping to welcome you all...
Ash Wednesday 2022
Today is Ash Wednesday, the start of Lent. It is a 40 day period before Easter w...